The WAVE Injured Group which led the decade long campaign for acknowledgement and recognition for those severely injured through no fault of their own during the Troubles in Northern Ireland have welcomed the inclusion in the budget of the funding stream essential to underpin the Victims’ Payment Scheme.

Finance Minister Conor Murphy made the announcement on 31 March in his budget statement.

“All at WAVE but especially members of the Injured Group warmly welcome the announcement that ‘…actions and payments associated with the preparation and implementation of a Victims Payment Scheme’ was included in the Executive budget.

These are hugely difficult times for everyone but those who have been living with horrendous injuries for decades which bring with them the most severe underlying medical conditions it is especially stressful.

This reassurance that the Victims Payment Scheme will be securely funded will come as a huge relief.

We will continue to work with the Executive Office and other victims and survivor groups to make that the scheme which becomes operational in May this year  is genuinely victim centred and accessible to those who most need this support”. 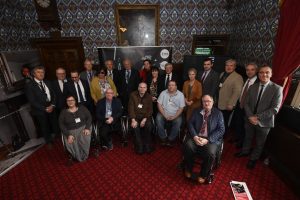