Who we are » WAVE Centres » Belfast Centre

WAVE Trauma Centre Belfast provides support services to individuals bereaved, injured and traumatised as a result of The Troubles in Northern Ireland.

Services are provided on a cross community, fully inclusive basis to all people within the Belfast and Greater Belfast area.  Services at the centre also extend to Counties Down and Antrim, with clients being supported in towns such as Newcastle, Moira, Antrim and Whitehead.

WAVE provide a holistic model of care, bespoke to each centre user.  All new referrals are assigned an Outreach Worker who will support them throughout their time at WAVE.

It is the job of the Outreach Worker to ensure an appropriate care plan is being followed.

In addition to these Physiotherapy can also be arranged in partnership with Belfast Back Care.

Hydrotherapy  commenced in August 2019. It is available to the physically injured clients via Coral Davidson in partnership with the La Mon House Country Club and Hotel.

Alan McBride has been with WAVE since August 1999. His main responsibilities are facilitating the Injured Group, looking after volunteers and working on publications. Alan has a BSc (1st Class HONS) Degree in Community Youth Work from the University of Ulster and an Mphil in Reconciliation Studies from Trinity College Dublin.

The following support services are available from the Belfast WAVE Centre each week:

For those of you who appreciate having someone to talk to and listen to any problems or concerns you may have, we offer a free Outreach service. Our Outreach Workers Michelle, Dave and Leanne are trained in many aspects of trauma and its impact on the individual. This service is for those who would appreciate regular visits, or just now and again if you prefer, from someone who cares. Please contact the centre if you would like to arrange a visit or talk to an Outreach Worker.

WAVE Belfast offers a selection of Complementary Therapies to our clients that are delivered by highly trained professionals in the Centre.  There are a number of therapies available to meet the needs of the client ranging from Reflexology to Indian Head Massage. Complementary Therapies are an excellent way to help cope with stress, tension or even pain, so if you think you could benefit from this service please contact the Centre or speak to your Outreach Worker for more information.

Referrals are made via WAVE Case worker

This is a new service funded by VSS which focuses on improving peoples’ quality of life by helping them to achieve a positive lifestyle, set achievable goals, learn to manage ongoing health conditions, and access the VSS ‘Individual Needs Programme’ frameworks.  Our caseworkers Davy, Ana and Aidan can support you to access support/services which may not be available within WAVE, and assist you to apply for additional services/support available through the VSS Individual Needs Programme.  Please contact 028 9077 9922, for more information and the eligibility criteria to receive support available through this new service.

Referrals are made via WAVE Case worker

WAVE endeavours to support those who have been bereaved, injured or traumatised as a result of The Troubles in Northern Ireland.  The effects of trauma on an individual’s life can be devastating.  The security and stability of one’s life can be shattered, leaving both the present and future out of focus.  WAVE recognises that some individuals may benefit from the help and support offered by our highly professional trauma counsellors and counselling services.  To avail of this service please speak to your Outreach Worker or contact the Centre.

The group gathers for lunch, provided for by WAVE volunteers, and would then stay around in the afternoon to play a game of darts or pool, or to simply sit in the garden and chat to other men.  Occasionally, activities would be offered in the afternoon, depending on budget.  The objective of the drop-in is to provide a safe space for men to get to meet other men.  In the summer months the men would organise a series of trips out.  This aspect is currently suspended as WAVE are looking to purchase a minibus.

The Ladies Drop-in, (also referred to as the Lunch Club) is the longest running group in WAVE.  It was actually the Ladies Drop-in that started WAVE, as women, all of whom had lost a husband, met together in 1991 for support and comfort.  The group have undergone a number of changes over the years as some women have moved on and others have come along.  The group gathers on a Thursday from around 1pm until 4pm.  The group always starts with lunch, provided by WAVE volunteers, and sometimes include an activity in the afternoon.  Essentially the group exists to provide space for women to be together and to meet others, for more information call the centre on 028 9077 9922.

A range of courses are available to clients throughout the year to raise awareness of the needs of traumatised individuals and to improve resilience and coping skills. Examples of these courses are ‘Mindfulness’, ‘Building Resiliency after Trauma’, and ‘Self Compassion and responding to Trauma’. These course are advertised via Facebook and Newsletter.

A number of courses are also available to a range of professions and organisations working in supporting vulnerable people throughout the greater Belfast area.

The Belfast Centre also provides a range of creative educational and social programmes throughout the year, offering clients the opportunity to meet with others, enjoy social gatherings and friendships.  Previous programmes have included ‘ceramics’, ‘first aid’, and ‘life maps’.  Programmes are advertised on the WAVE Facebook page, in the centre and by word of mouth.

WAVE have invested time and resources into two major campaigning areas.  Both campaigns are facilitated from the Belfast Centre;

Families of the Disappeared

Seventeen individuals were abducted, murdered and their bodies secretly buried during The Troubles.  Sandra Peake leads the work with the Disappeared on behalf of WAVE.  Sandra organises several events each year, including a Disappeared residential, Disappeared walk and vigil on the steps of Stormont on All Souls Day, and a special mass on Palm Sunday.  Sandra also works closely with the Commission for the Location of Victims Remains.  To date, fourteen bodies have been recovered with three remaining.  The work with the Disappeared will continue until all the bodies are found.

A support group for individuals injured during The Troubles has been meeting at WAVE since 2008.  The group comprises of individuals who are double amputees, single amputees, blind, deaf, paraplegic and others with multiple psychological illnesses.  For the past six years the group have been lobbying for a pension for those with severe physical or psychological injury.  This has involved the group visiting Stormont, Westminster and the Dail.  The Injured Group has ensured that the issue of the pension is on the political radar, and they continue to lobby until it becomes a reality. 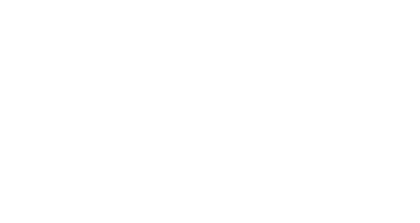 Various projects run throughout the year, including ‘personal and social development courses’, ‘creative storytelling’ and ‘resiliency training’, amongst others. Some projects are ongoing, including;

The Belfast Centre has trained over 40 Citizen Educators to work with Social Work and Nursing students from Queens University.  The Citizen Educators go into the lecture halls to share their experiences of being impacted by The Troubles.  This helps to build up the student knowledge base of conflict related trauma, which equips them for future careers in the caring professions.

Citizen Educators are also used in the Witness programme, bearing testimony of certain historic attrocities to groups visiting WAVE from other conflict zones overseas.  To date, groups have come from the USA, South Africa, Rwanda, Israel, Palestine, Sri Lanka, Bosnia, Bahrain and the Korean Penninsula, amongst others.

Stories from Silence is an on-line oral history project featuring around 100 individuals who have lost a loved one through The Troubles.  Unlike other oral history projects undertaken at WAVE, the voice of the person can be heard recounting the story of loss and/or trauma. The stories recorded have become an invaluable resource for families and friends who do not want their loved one’s murders to be forgotten.

Should you require support or service, please call us at the Belfast Centre on