Oliver McVeigh whose brother Columba was abducted, murdered and secretly buried by the IRA in 1975 has said that the failure to find his remains, despite five searches of Bragan Bog Co Monaghan since 1999, must be because the information given to the Independent Commission for the Location of Victims’ Remains (ICLVR) is not accurate enough.

The suggestion was made by the Oireachtas Committee on the Implementation of the Good Friday Agreement during an evidence session with the ICLVR held on 18 November 2021.

“I met the Committee when they visited the WAVE Trauma Centre earlier in the month.

I got a very empathetic and understanding hearing  and I appreciate that.

I know the Committee want to be constructive and I leave all the technical aspects of the searches for Columba to the ICLVR .

When the last search ended and they said that if Columba had been where they were told he was, they would have found him.  I believe them because that ’s what they have done successfully in other Disappeared searches over the years.

That tells me that the information they have been given is not accurate or is not complete and at this stage is ineffective.

Accurate information is vital for the ICLVR to unlock the problem”.

Mr McVeigh went on to say that he is convinced that there are still people who have not yet come forward who could provide that vital information.

“I don’t know why people who could end our family’s 46 year torture and misery still hold back.

They won’t be bothered by the police or anyone else and it may do them some good to get their conscience clear at last.

But if you’re not sent to the right place no amount of technology will find the hole in the ground where they left our brother”.

“Just imagine what it has been like living through a 46 year wake?

The last 20 years have been particularly difficult.

I don’t know how many appeals for information we have made over the years for the people who know something to please come forward.

But we’ll keep going because we can’t rest until Columba is found and brought back to Donaghmore to rest in peace beside our mother and father”.

CrimeStoppers can be contacted on 0800 555 111and the untraceable anonymous online form is at www.crimestoppers-uk.org 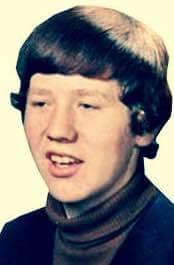