Elma Oxtoby’s grandson, Gary Bleeks, was one of eight men killed by an IRA landmine at Teebane Crossroads in Co Tyrone in January 1992.

Six others were badly injured. The men worked for Karl Construction which had a contract to carry out repairs at Lisanelly army base, and had been travelling home together in the works van when they were killed. Gary, 25, had been living at his grandmother’s Cookstown home. He was her only grandson. 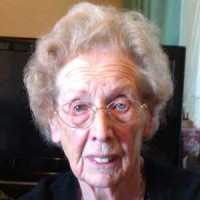