Mary Treanor’s son Edmund was one of a number of Catholics shot in the weeks following the murder of Loyalist Volunteer Force leader, Billy Wright, in the Maze prison in December 1997.

He had been having a New Year’s Eve drink with friends in a Catholic-owned bar on the Cliftonville Road in North Belfast when gunmen burst in. He died later in hospital. He was 31 and had been working as a housing officer. Edmund had taken a great interest in his family history, which included an uncle who served in the RAF and was killed in France during World War II. 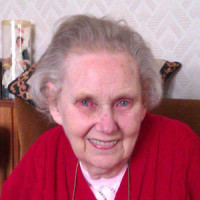