Peter’s father, Hubert, dropped dead of a heart attack on 27 September, 1979 on seeing Peter, apparently dead, after a gun attack.

The UVF gunmen came to Peter’s family home in North Belfast and shot him through an interior door. Before passing out, he asked his wife, Anne, to tell his parents he was alright. She rang them and they came across Belfast to the house arriving just as ambulance men carried the injured Peter out in a body bag. Mr Heathwood senior said, “Oh my poor Peter”, his heart gave way, and he died. Peter’s wife Anne. 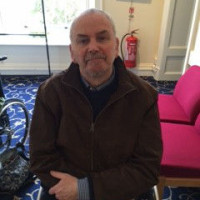