Wendy Parry’s 12 year old son, Timothy, died on 25 March 1993 five days after he was critically injured when the IRA planted bombs in a shopping centre in Warrington on a Saturday afternoon.

Three year old Jonathan Ball also died.  Tim had gone to town to buy football shorts.  The deaths of the two children caused outrage in Ireland and a peace movement was set up.  Wendy and Colin Parry set up the Peace Centre in 2000 for children from NI and the UK. 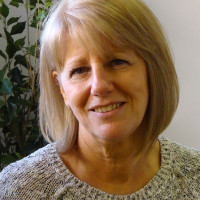