Jennifer McNern who lost both her legs in the Abercorn Bomb atrocity in 1972 has said that she is ‘sad and angry’ that she has had to take a judicial review against the Executive Office over its refusal to implement the injured pension scheme which would provide modest payments to those severely injured through no fault of their own during the Northern Ireland Troubles.

Her sister Rosaleen also lost both legs, her right arm and an eye in the explosion.

Ms McNern was speaking on the first day (17 August) of the judicial review hearing in the High Court in Belfast.

”I have been with the WAVE Injured Group from the beginning of the campaign for recognition and acknowledgement for the severely injured.

We have never looked for sympathy.

All we ever wanted was to be treated with respect and dignity and not be left as the part of the forgotten legacy of the Troubles.

When the legislation was passed at Westminster we thought we had achieved that.

But the refusal by the Executive Office to implement the legislation is devastating’.

“The treatment of severely injured victims and survivors by the Executive Office is shameful.

That Jennifer should have to go to court to get Executive ministers to do what the law demands  is a disgrace.

There needs to be an end to this political intransigence and the scheme implemented without further delay”.

“It shows how little the Executive Office thinks of severely injured victims and survivors that they were not even going to let us know that the scheme was not going to be implemented.

We were told nothing until days before we were due to submit applications.

We feel like we are being treated with contempt”.

Just days after the scheme was due to open Paddy Cassidy, a member of the WAVE Injured Group who had campaigned for the pension, died suddenly.

“The death of Paddy was a terrible blow to the Injured Group.

Paddy lived with constant excruciating pain and like so many others his great fear was that he would die before the pension would come in.

His death brought home to us all that time is not on our side. 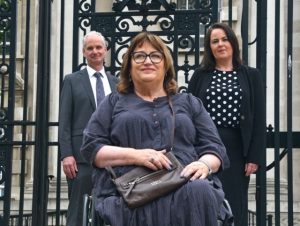 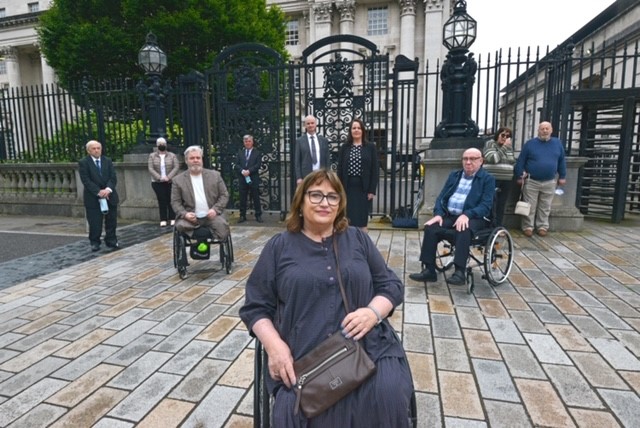