Actor James Nesbitt, a long time patron of the WAVE Trauma Centre, and former Secretary of State, Peter, now Lord, Hain have warmly welcomed the Northern Ireland Executive’s commitment to fund the payment scheme for those severely injured through no fault of their own during the Troubles.

Confirmation that the scheme will be funded and those qualifying will be paid came in the form of a letter to the High Court on Monday 12 April which gave a clear commitment from the Department of Finance that the necessary funds will be made available when required.

“This is wonderful news even if it is long overdue.

I’ve known the members of the WAVE Injured Group whose tenacious campaigning made this possible for many years and you could not meet a more courageous and indomitable group of men and women.

They fought for recognition for those like themselves whose lives were catastrophically changed in an instant,

They were never in the wrong place at the wrong time.

They were at work, enjoying a coffee in the city centre, at home with their family, returning from a day out or an evening at the cinema.

Making this payment scheme a reality is an extraordinary achievement and I salute them.”

James Nesbitt was with the WAVE Injured Group when they took their ‘Injured On That Day’ photographic exhibition to MPs and Peers at Westminster in March 2019.

Amongst those in the audience was Peter Hain who as Lord Hain took up the campaign in the House of Lords.

It was an amendment to the Northern Ireland (Executive Formation) Bill laid by Lord Hain in July 2019 that ensured the payment scheme would pass into legislation.

It was a privilege to argue that case in the Lords and the fact that it was supported right across the House tells its own story.

It is deeply regrettable that it has taken action in the courts more than once to bring us to this point and my thoughts are with the family of Paddy and Patricia Cassidy both of whom died in the past year.

I sincerely hope that the path will now be clear for those injured through no fault of their own to see that which the WAVE Injured Group have fought so bravely for become a tangible reality “. 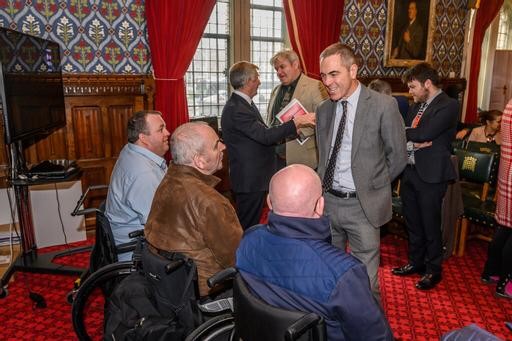