Within the WAVE Trauma Education team, we continually seek to improve our learning materials for all of our workshops, short courses, and our BSc. Degree at Queen’s University and Postgraduate Diploma at University College Cork. This includes the inclusion of the most up to date literature in the field of traumatology as well as visual aids to enhance the learning experience.

With this in mind, this week we invited three inspirational people to come into WAVE House in Belfast to share their trauma journeys. Not only did our participants experience trauma and loss, they have managed to transform their lives and integrate the trauma into growth and recovery.

Their stories will feature in the Post-traumatic Growth module on our Postgraduate Diploma in Trauma Studies at UCC. With the support of Ciarán from NVTV, we filmed a series of videos featuring Vivian McKinnon, Melanie Grimsley and Peter Heathwood. 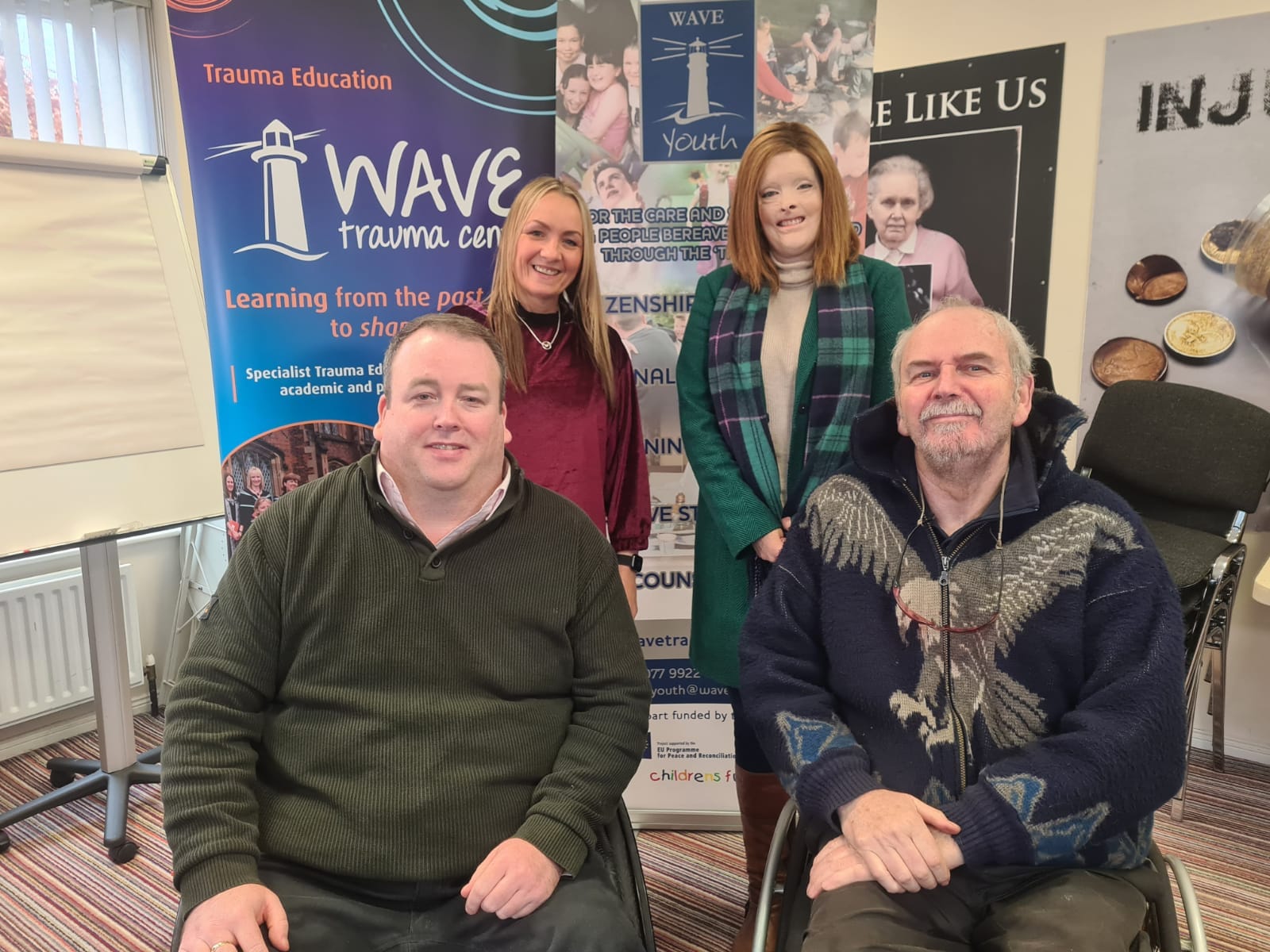 Vivian McKinnon is the founder of Hydro Ease – Northern Ireland’s Original Floatation Centre (hydro-ease.co.uk). Vivian recounted her trauma journey by describing how her adverse childhood experiences affected her throughout her adult life. Yet when she began to educate herself around her traumas, she started to thrive and grow. Now she helps others who have been affected by trauma through her own therapy centre. 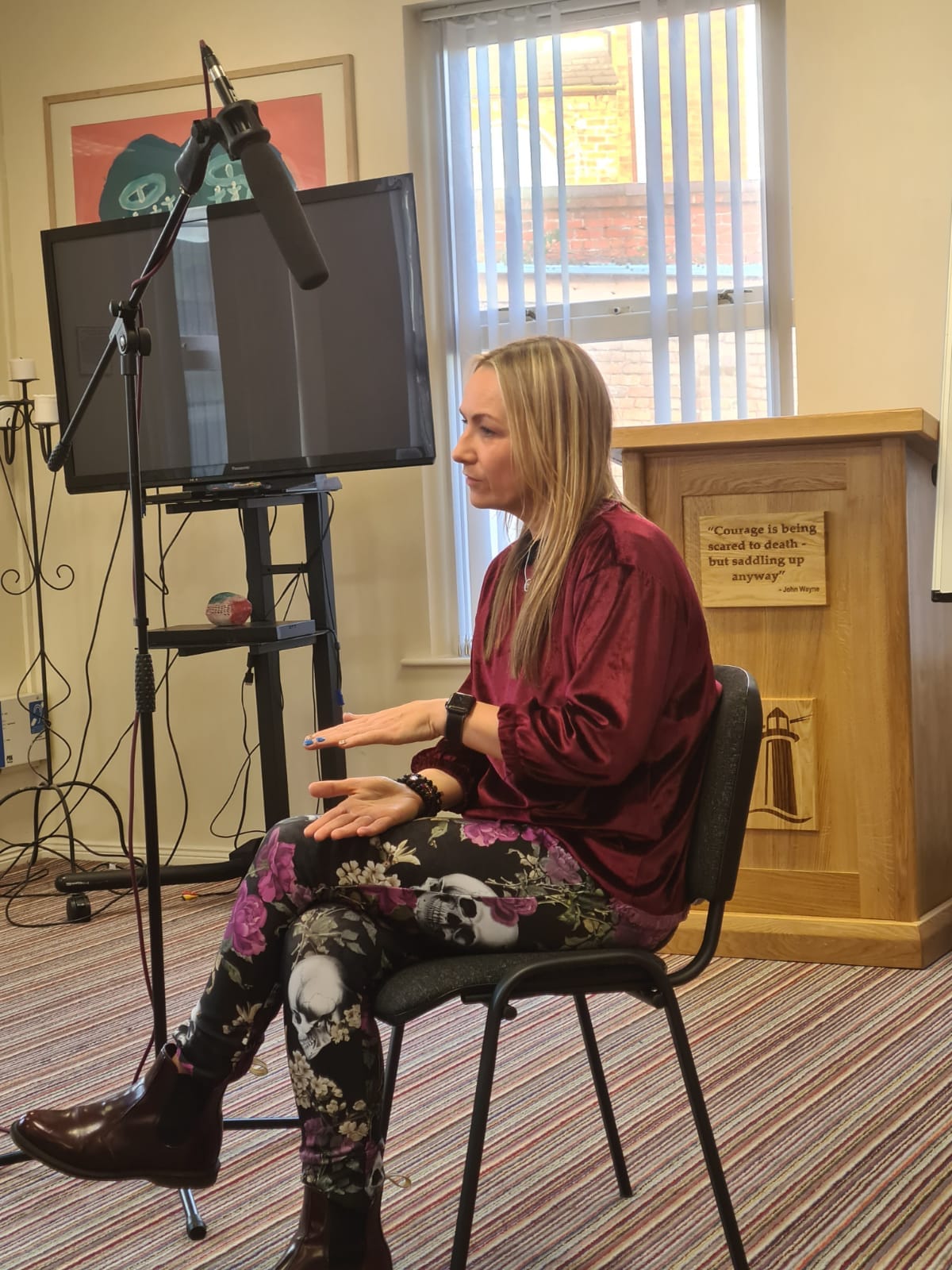 When Melanie Grimsley was two years old she was caught up in a car fire which left her with life changing injuries. Her elder sister died in the same accident. Melanie grew up with having to spend many years in surgery to mend her skin. The fire and the constant struggles left Melanie feeling the effects of trauma. Yet, in the face of this she has tried to live an “ordinary” life in a society which shies away from disfigurement. Now Melanie feels that these struggles have made her a stronger and better person who feels at home in her body. 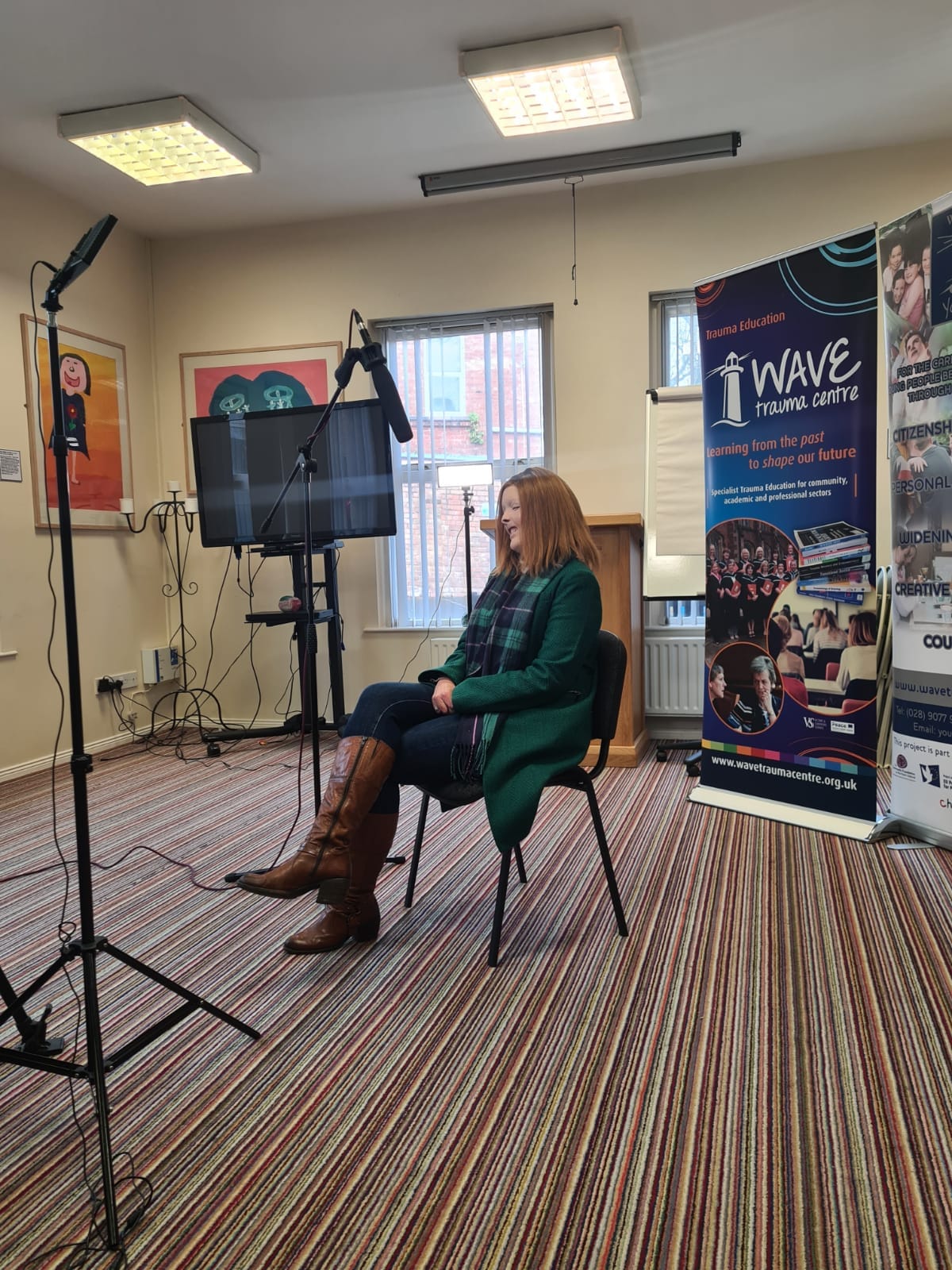 Peter Heathwood was injured in a gun attack at his home in 1979. When his father Herbert arrived on the scene and saw Peter, he died instantly as a result of a cardiac arrest. Peter’s wife Anne, who witnessed the attack never recovered from the trauma and died young after a struggle with alcohol dependency. While scarred by the loss of his bodily integrity and the loss of his closest family members, Peter speaks to the positive influences of his involvement in the campaign for a pension for those injured during the Troubles as part of the WAVE Injured Group and his journey to post-traumatic growth. 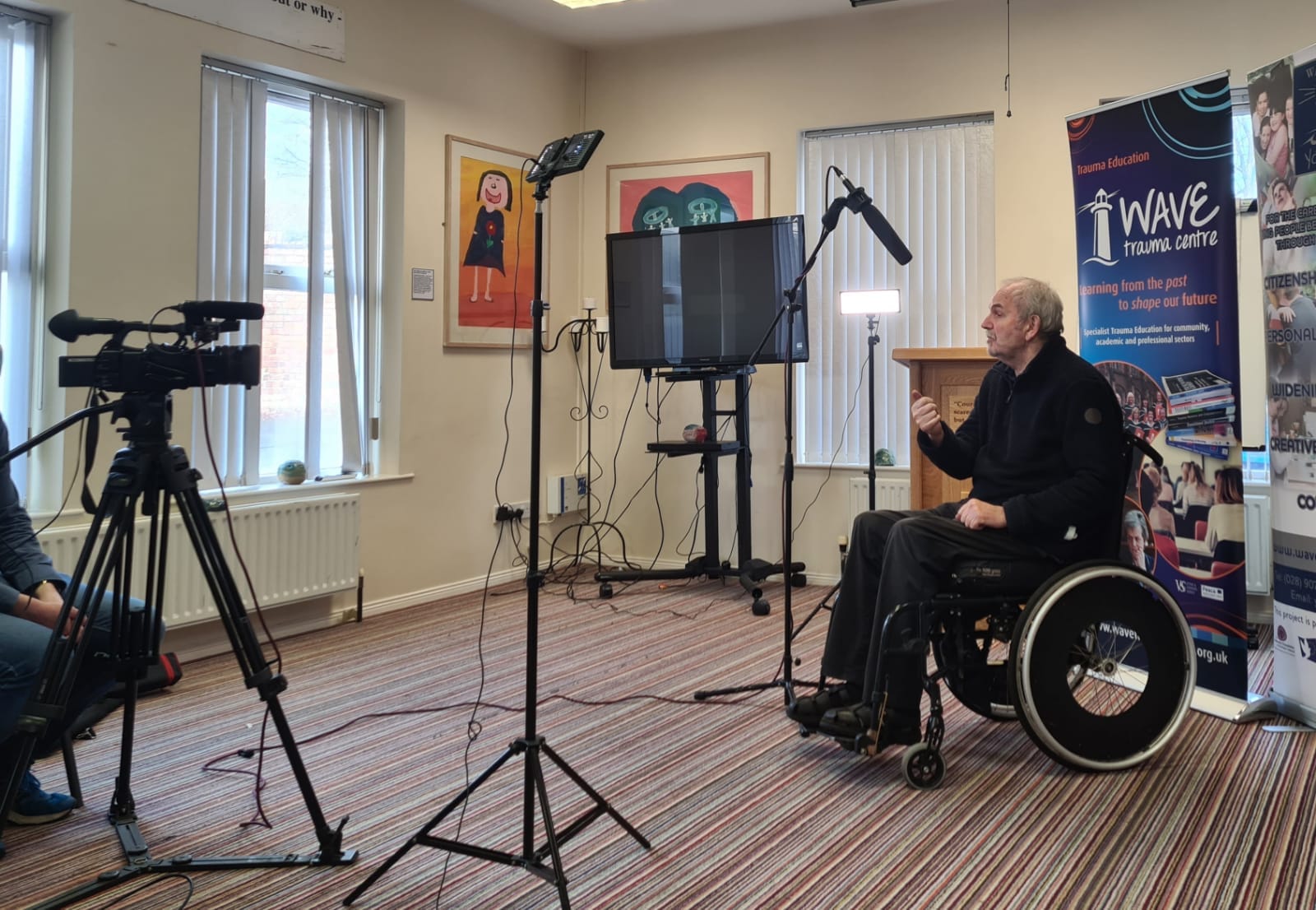