WAVE Board members Mark Kelly and Peter Heathwood were joined by Ann Travers from SEFF and Alan McBride (WAVE Belfast) at an event in West Belfast last night.  The event was framed as ‘warnings from history’ and was very much focused on the experiences that each panel member went through during the ‘Troubles’.

Introducing the event, Denise Johnston, reminded the audience of the journey Northern Ireland had been on since the Good Friday Agreement came into being in 1998.  Ms Johnston said ‘the hard won peace must be secured at all costs’.  It is the view of some that the peace could be under threat if the UK leave the European Union without a deal on October 31st.

Alan McBride pointed out that a return to violence should never be seen as inevitable, ‘it wasn’t inevitable in 1969 and it is not inevitable today’.  Ms Johnston highlighted the experience of those on the panel and said that these should be seen as ‘warnings from history’.  ‘if ever you wanted a reason to talk down a return to violence just listen to the stories before you tonight, stories of ‘loss’ and ‘injury’, of the impact of violence on family and community’.  She concluded by asking everyone to do all that they can to ensure those dark days never return.

Each panel member was given 30 minutes to share their story and the event was wrapped up following an emotionally charged question and answer session.  Topics up for discussion included ‘Brexit’, ‘how Northern Ireland deals with its past’, ‘memorialisation’, ‘whataboutery’ and the ‘failure of local politicians to get Stormont back up and running’.

WAVE would like to say thank you to Denise Johnston for organising last night’s event and to Stephen Andrews and the staff at Farset for hosting what turned out to be a successful start to a series of discussions on the need for reconciliation post Brexit.

Keep an eye out for future panels coming to town or village near you, for more information contact Alan McBride at a.mcbride@wavetrauma.org or Denise Johnston at dmjohnston67@gmail.com. 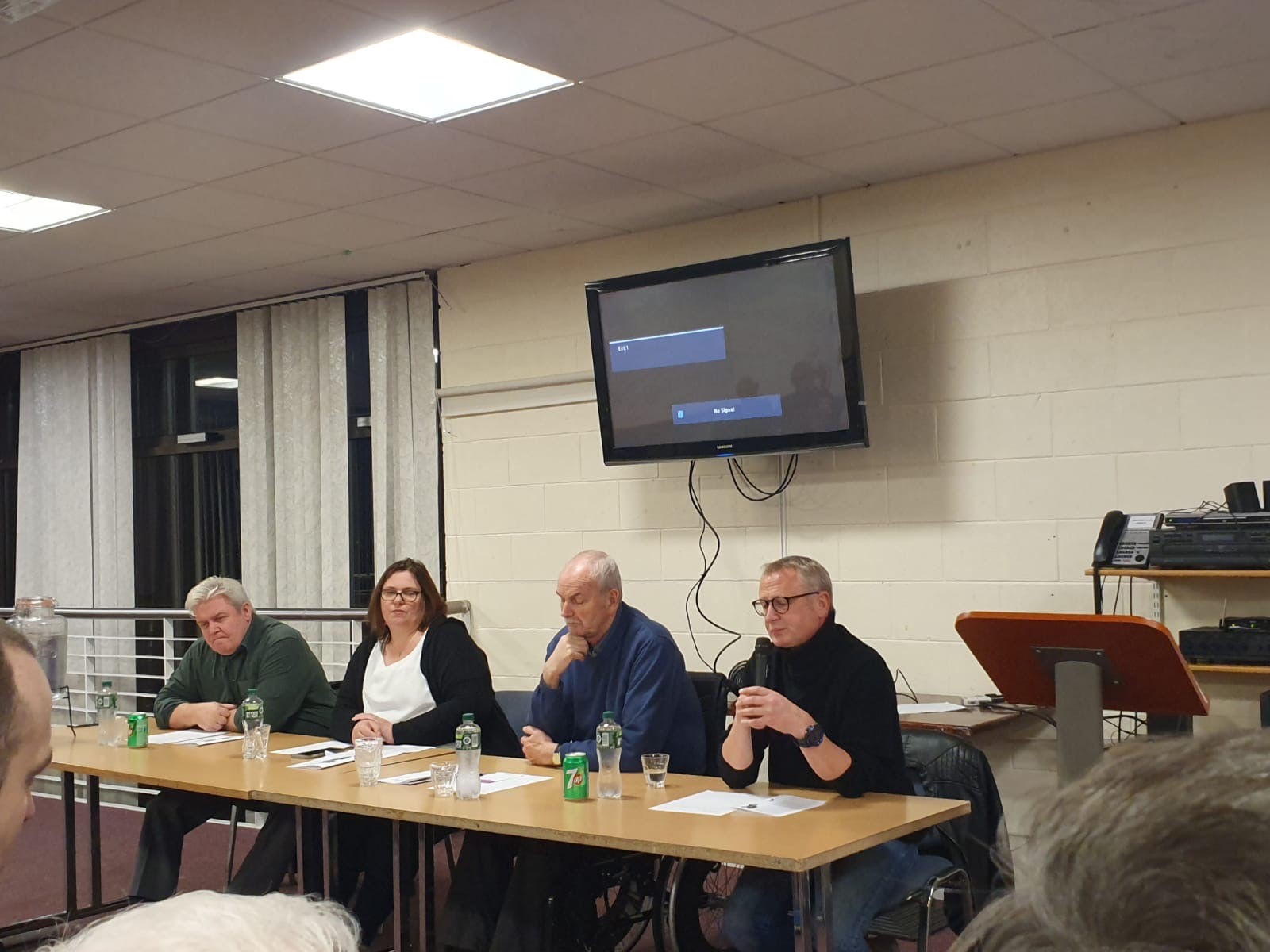