WAVE would like to acknowledge the campaigning work of a remarkable group of individuals, who against all the odds have secured a pension for those seriously injured in the ‘Troubles’, through no fault of their own.

As of midnight on the 21st October the British Government must bring forward legislation on a pension for those who suffered a life limiting and permanent injury as a result of the civil unrest that existed in Northern Ireland between 1966 and 1998.

WAVE estimates that between 500 and 800 people will be eligible for this pension, which will be backdated to the Stormont House Agreement of December 2014. Speaking on ‘Good Morning Ulster’ this morning, WAVE Belfast’s Centre Co-ordinator Alan McBride said  ‘This is a good news story for many hundreds of injured victims, many who are now listening to this radio broadcast’.

Financially the Pension will be relatively modest and may not be life changing but it should be seen as tangible gesture of acknowledgment of the harm caused and of the way that people were left.

The fight for social justice for victims and survivors goes on and we need to ensure that the bereaved are looked after also.

Hugh, Eugene, Eamon and Mabel sadly passed away before the pension was granted but their efforts and the efforts of others within the initial WAVE Injured Group have not been in vain. WAVE would also like to acknowledge the help of Lord Hain, Stuart Magee, Dennis Godfrey and Ann Irvine.

It’s been a long road, paved with uncertainty, frustration and dejection, but to finally get it over the line has been a fitting reward. Those injured through no fault of their own salute you!! 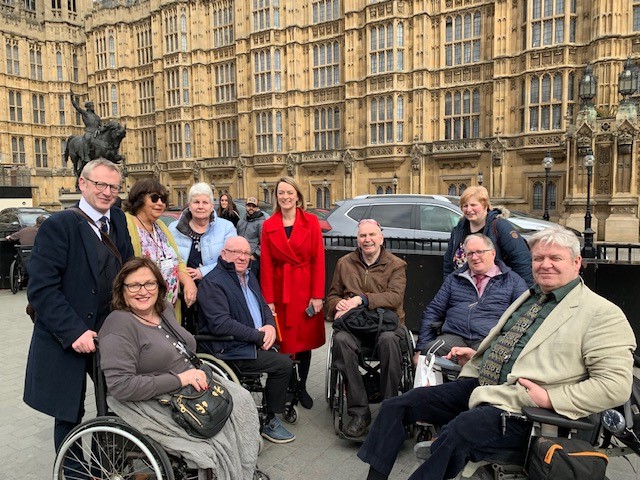