Patsy McAteer’s brother, Seamus Ruddy, disappeared from his flat in Paris on 9th May 1985.

Ten years later, the INLA admitted its members had abducted and murdered him. Seamus had left the INLA and gone to Paris to take up a post as an English teacher. It is thought his knowledge of the organisation’s gun-running operations might have made him a target.

The INLA has said Seamus’s body lies buried in a forest in Roanne, northern France. Detectives led a dig for his remains in 2000, and another in 2008, but so far nothing has been found. 26 years on, Patsy and her family continue their efforts to locate him. 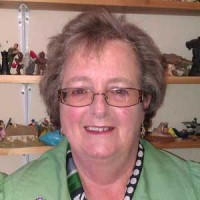