Brian Bethell’s son, Paul Worrall, was a 23 year old soldier in the King’s Regiment when he was killed by the IRA on 24 October 1990 near Derry.

Four of his comrades were also killed, as was Patsy Gillespie, a local man who had been forced to act as a ‘human bomb’. 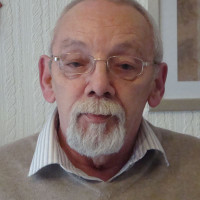