Brigid Shields’ husband Patrick was shot dead in his bed by UVF gunmen who burst into their home near Coalisland, Co Tyrone, on 3rd January 1993.

They also shot and killed her son, Diarmuid, aged 24, and seriously injured another son, Dabheoc. Three men were charged with the killings, but were later released due to lack of evidence. Brigid now suffers from dementia which her family believes is a result of delayed shock. Her daughter Maggie, who was 12 when her father and brother were killed, agreed to be present at the interview to provide support and fill in the blanks.

Since the interview took place, Brigid has passed away. Her family believe she never recovered from the shock of the murder of her husband and son. 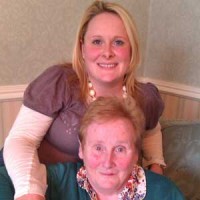