Eugene McVeigh’s younger brother, Columba, was abducted, killed and secretly buried by the IRA in 1972 when he was 19 years old, but for more than 20 years his parents did not know what had happened to him.

The IRA claimed he was an informer.  Eugene says his brother had learning difficulties and would have had no meaningful information but had been fingered by the British Army.  The IRA has told the Commission looking for the bodies of the Disappeared that Columba is in Bragan Bog in Co Monaghan but extensive searches have so far failed to locate his remains. 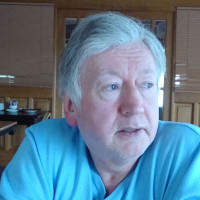