Pat Finucane was 39 when he was shot by loyalists from the UDA on 12 February 1989 as he and Geraldine and their 3 children ate Sunday dinner at their home in Belfast.

Geraldine was injured.  Pat was a well known defence solicitor.  After it was proved that there was collusion between the security forces and the killers, the British government apologised but refused to hold an inquiry.  In 2019 the Supreme Court ruled that an effective investigation into his death had not been carried out.

Geraldine and her family continue to campaign for a public inquiry into his murder. 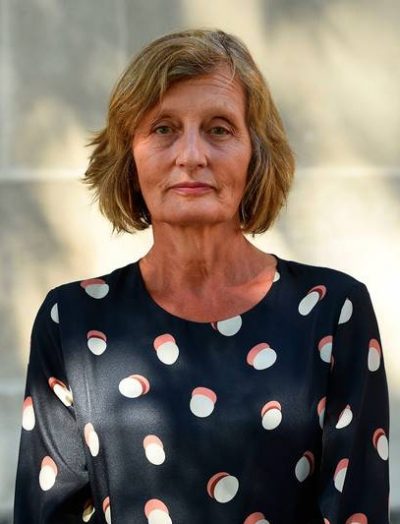