Jacqueline is one of 6 children. Mr Butler had gone out to bring Father Noel Fitzpatrick to the scene of a shooting to assist a man who was thought to be dying. The priest was shot while holding out a white handkerchief – the same bullet killed Mr Butler. Five people were shot in total in the incident, which became known as the Springhill Massacre. One of the victims was a 13 year old girl. Only one victim, a 14 year old boy who was described by the Official IRA as a “junior commanding officer” had any paramilitary connections. The army claimed it had killed 5 gunmen. 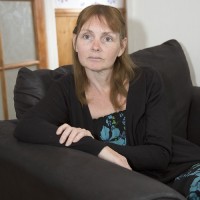