Jean McBride’s 18 year old son, Peter, was killed by British soldiers on 4 September 1992 after they pursued him having stopped him at a checkpoint in North Belfast.

He was unarmed and the soldiers’ claims that he had a bomb were dismissed in court. Two soldiers were convicted of his murder. They were released in 1998 and returned to the army. Peter McBride had two daughters. 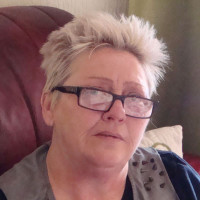