Jim McAuley’s son, Paul, was 30 in July 2006 when he was attacked along with friends by a gang of loyalists in Derry, and left for dead.

He died twice in the ambulance on the way to hospital but was resuscitated.  He was given just days to live, but has been in a coma ever since.  Doctors now estimate that he may live for another 7 years or so.  Paul is in a nursing home where Jim and his wife Cathy spend several hours each every day.  He is also visited by his siblings, friends and colleagues.  However, Jim describes his situation as “a limbo.” 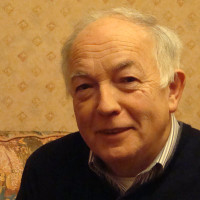