He was a Catholic, which made him unusual in the RUC at the time. The Glens of Antrim community had not seen much conflict related trouble at this time – though there had been a spate of armed robberies in the months before Sergeant Campbell was shot as he locked up the police station that night. A former Special Branch officer was acquitted of the murder. Joe believes his father was set up by RUC colleagues because he had found out about loyalist gunrunning to which the RUC was turning a blind eye. 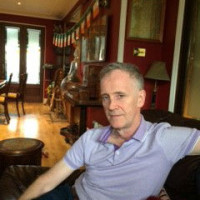