Linda Molloy’s 18 year old son, John, was stabbed to death by a gang of young loyalist men and women which accosted him as he walked home on 10 August 1996 in North Belfast.

He had been in a local hotel with friends but decided to go home early. Linda and Pat Molloy were told by the police that they were confident that would quickly catch the killers but no one has been charged. The HET is investigating the case. The killing was sectarian. 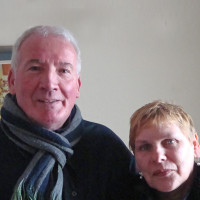