Margaret McKinney’s 22-year-old son Brian was abducted by the IRA on 25th May 1978. He had learning difficulties.

His body was found buried in Co Monaghan on 29th June 1999. The discovery followed a 21-year campaign by Margaret McKinney to persuade Sinn Fein to disclose her son’s resting place. After years of living in fear, Margaret moved to England. 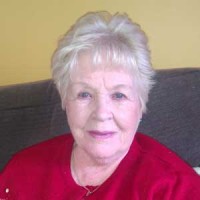