Michael Bennet’s son, Charles, known as Chucky, was abducted by the IRA on 30th July 1999.

His bound and blindfolded body was found on waste ground 5 days later.  He had been shot in the face. Some in political circles argued that the IRA had breached its ceasefire – others countered that the killing of Charles Bennet was an internal IRA matter.  Charles Bennet’s brother, Michael took his own life on 1 January 2003.

Michael Bennet’s mother was also killed.  You can hear an interview with Michael Bennet senior in senior stories. 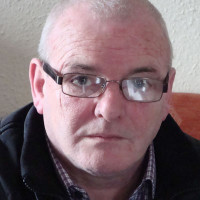