Patricia’s parents, Charles and Teresa Fox, known as Charlie and Tess, were murdered by the UVF at their rural farmhouse near Moy on 6 September 1992.

Their bodies were found the following morning by Patricia’s sister when she called to the house. They were 63 and 53 respectively. The couple had 6 children. The family believes they were killed with the collusion of the security forces and wants this independently investigated. Charles Fox was a vocal republican and the couple’s son, Paddy, had been jailed for IRA offences. He said the RUC had told him the family’s address was in the hands of loyalist paramilitaries. 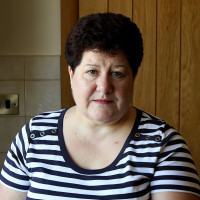