Patrick Cassidy was left with lifelong pain and disabilities after being shot in the spine close to his home in the Oldpark area of Belfast in September 1971.

The UVF claimed responsibility for the shooting. He was 28 and was married with three children and working as a steel erector and rigger at a power station. He spent a year in a wheelchair and only regained his ability to walk with the aid of calipers and crutches.

He was awarded £27,000 compensation for disabilities which left him unable to work again. 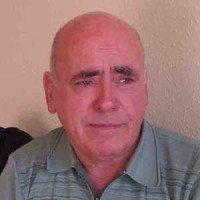