Paul’s Father, Paul Anthony Davies, was one of the 21 people killed when the IRA bombed two packed pubs in Birmingham’s city centre on 21 November 1974.

He was 20. Over 100 people were injured. Paul junior’s Mother was 6 months pregnant with him when her boyfriend was killed. She was plunged into a crisis which led her to attempt to take her own life shortly after her baby was born. Paul is part of the Justice for the 21 campaign. He lives in Leeds. 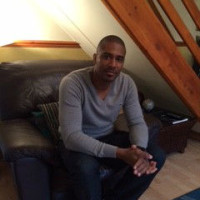