Paul McIlwaine’s 18 year old son, David was stabbed to death by a UVF gang on 19 February 2000 after leaving a nightclub in Co Armagh, along with Andrew Robb who was 19.

This was meant to be a revenge killing within a loyalist feud but the intended targets left the club early.  David and Andrew were not members of any paramilitary faction.  After years of campaigning by Paul,  one man was convicted of the double murder when another turned super grass.  A third killed himself. There are indications of police collusion with elements of the UVF. The case is with the police ombudsman. 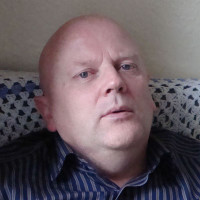