Philomena Morgan’s 16 year old son, James, was abducted and beaten to death by loyalists and buried in an animal pit from which his body was recovered on 24 July 1997.

An attempt had been to burn the body before it was dumped.  One of the killers, an Orangeman, confessed and initially named the main perpetrator but later withdrew this evidence.  The killing was sectarian – the perpetrators found out that James was a Catholic before attacking him with a hammer.  The killing was associated with the parades disputes of the period. 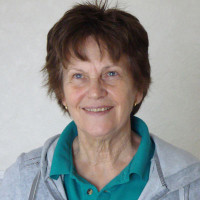