Racquel’s father, Kenneth Worton, was murdered along with 9 other Protestant workmen when gunmen stopped the minibus in which they were travelling home from work at a textile mill at Glenanne in Co Armagh on 5 January 1976.

The attack became known as the Kingsmill Massacre. The IRA did not claim it but is believed to have been responsible. The gunmen instructed any Catholics present to leave before opening fire. There was one survivor. Racquel and her sister were small children when their father was killed. Their mother suffered stress related illnesses afterwards and the family attribute the cancer which killed her to the shock she had experienced. In April 2016, Racquel’s grandmother, Beatrice Worton was granted leave to legally challenge the naming of a park in Newry after an IRA man who died in the 1981 hunger strike. 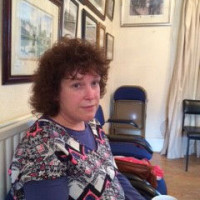