Robert Cunningham’s youngest brother, Henry, who was 16, was shot dead on 9 August 1973.

Gunmen ambushed the van in which he and his brothers were travelling back to their homes in Donegal from work on a building site in Glengormley.  The family did not know that it was the UVF which carried out the attack and for years lived uneasily as Presbyterians in Donegal in case it was the IRA that was responsible.  Henry Cunningham’s parents are both deceased. 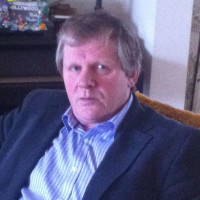