Serena’s father, David Graham, was ambushed by two IRA gunmen as he arrived at his work in a cement factory in Coalisland, Co Tyrone on 15 March 1977.

He suffered multiple wounds and died in hospital 10 days later. He was married with 3 children, who were 12, 10 and 8 when he died. Mr Graham had been in the Territorial Army before joining the UDR as a part time lance corporal. As a trade unionist and treasurer of the works committee he represented fellow workers at the factory. Serena’s Mother re-married in later life and was then denied her UDR
widow’s pension – families are campaigning to have the law changed. 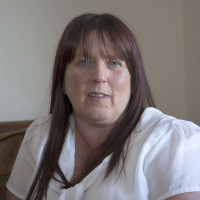