Shauna’s mother, Caroline, was abducted by the IRA in the summer of 1974. Her body was dumped in a remote area near Roslea, Co Fermanagh, along the Irish border where it was found by a woman out walking on 17 July.

She had been shot. The IRA later claimed she had been an informer. Caroline, who was 34, was a single parent, having separated from her husband. At the time of the murder Shauna was 10. Her two brothers were 13 and 14. It has emerged that Caroline Moreland may have been a victim of the informer known as “Stakeknife” and Shauna is campaigning for the truth to be revealed by the IRA and the British and NI authorities. There is to be a new investigation. 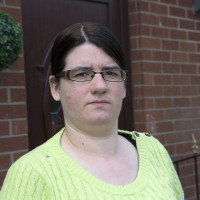