Stella’s parents, Bertha and Wesley, who were 62 and 55 respectively, were killed in the Enniskillen Bomb on 8 November 1987, along with 9 other people.

Many others were injured when the IRA bomb exploded without warning as people gathered at the Cenotaph in the Co Fermanagh town for the annual Remembrance Sunday commemoration. Many of those present were remembering relatives killed in the First and Second World Wars. The Armstrongs had 5 children. Stella’s younger brother, Julian, who was 16, was with his parents when they were killed. The IRA initially blamed the security forces for triggering the bomb but in 1995 admitted it was entirely to blame. 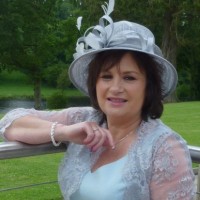