The brothers are the sons of Edward Brady who was shot dead by the British Army on 14 July 1972 in North Belfast. They have one sister.

The soldiers claimed Mr Brady was shot during a gun battle and the Official IRA claimed him as a member but the family dispute this. The family lived in the nationalist Falls Road area of Belfast. Mrs Brady was a Protestant from the Ballysillan area who became Catholic on marriage. After the murder the family was put out of Belfast by republicans and became homeless in England for a time. After their mother suffered a breakdown the children were taken into care where they suffered abuse. The re-united family attempted to return to Ballysillan but loyalists put them out and they returned to England. 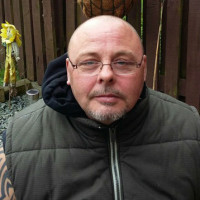