Virtue Dixon’s daughter Ruth was one of 17 people killed in the bombing of the Droppin Well pub in Ballykelly, Co Derry, on 6th December 1982.

Ruth had gone out to the disco with to celebrate her 24th birthday.  Virtue was left looking after Ruth’s son, Stephen, who was just five at the time and who suffered emotional anguish for years afterwards.   He died aged 30 from a blood clot on the lung.  Remarkably, Virtue Dixon has forgiven the INLA activists who carried out the bombing. 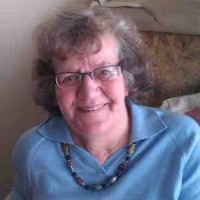